Encounter Resources Limited is one of the most productive project generation and active mineral exploration companies listed on the ASX. Encounter’s primary focus is on discovering major gold and copper deposits in Australia.

Encounter holds a major ground position in the emerging Paterson Province where it is exploring for copper-gold deposits at its 100% owned Lamil Project and for copper-cobalt deposits at the Yeneena project with highly successful mining and exploration company IGO Limited (ASX:IGO).

Encounter also controls a major land position the Tanami region covering over 100km of strike along a major structural corridor and the Aileron copper-gold-rare earths IOCG project in the West Arunta in WA.

In addition, Encounter moved early and aggressively to secure a series of camp scale, first mover opportunities in the Northern Territory based on their potential to contain large, sedimentary-hosted and IOCG style copper deposits. This includes the Elliott copper project which is being advanced in partnership with BHP (ASX:BHP) via an option agreement to enter an earn-in and joint venture. 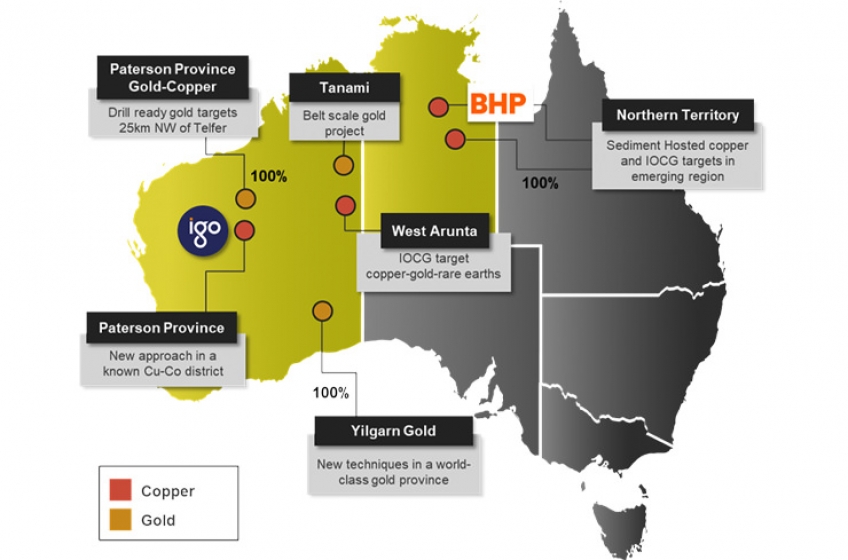